I had the pleasure of being able to spend this past weekend with a couple of dear, old friends and their 3 children camping out at the beautiful Cheaha state park just 75 miles east of Birmingham.  The park boasts many easily accessible views, 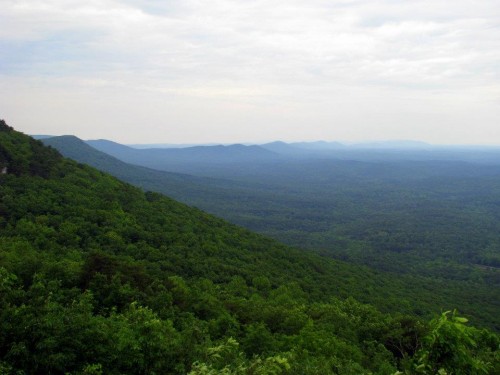 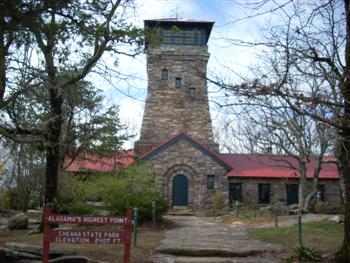 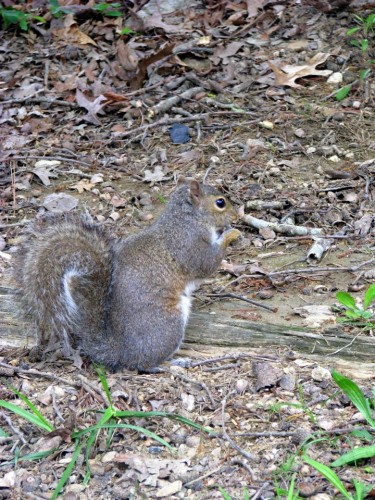 The park also provided amenities such as a little grocery store, swimming pool, and shower houses that came in handy for 2 parents who were taking their 3 children camping for the first time.

The 3 children (ages 2, 4, and 7) did really well for their first time ever sleeping out in the woods.  The baby girl had a bit of trouble adjusting to tent slumber and was therefore attached to her mother the entire weekend and was cranky as a result of sleep deprivation.  The 2 boys had so much room to run around and play in that their ultimate exhaustion would sneak up on them causing them to explode in tantrum before going completely catatonic.  But, all in all, the kids did a really good job.

After a day of playing on the rocks, climbing to the highest point in Alabama (2,407 ft.), and visiting Cheaha Lake, we found ourselves back at camp in the waning light as daddy was getting the supper fire ready and I was sifting through the car looking for the food.  The eldest boy had gotten a hold of a flashlight and was waving the beam around in the darkening twilight.  Baby girl was in the tent with momma choking back a few tears trying to figure out how to take a nap in a room not her own.  The younger boy was yelling for his father.

“I gotta go to the bathroom!”

“Herb, would you mind taking my boy to the bathroom?”

“Of course not”, I reply as I temporarily set aside my task of finding the food and close up the van doors.

I take a few steps towards where I heard the boy’s voice last and I find him partially illuminated by his brother’s flashlight with his pants already down to his ankles — getting a head start, I supposed.

“Hey, come on.  Pull your pants up.  We’re gonna go take a walk to the bathroom so’s you can take care of your business.”

Shining his flashlight to the ground, the eldest boy says, “But, he already went!”

Guess what he was shining that flashlight on.