By hansonNovember 2, 2012hanson says this 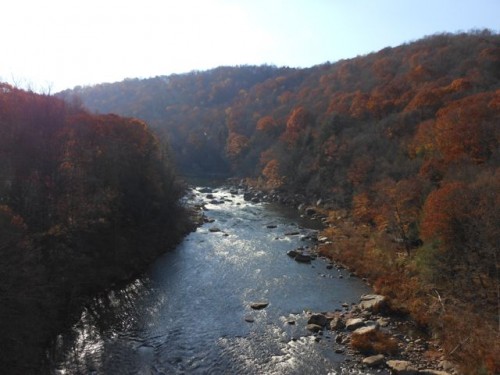 Did you know that there is a continuous bicycle trail from Pittsburgh, PA all the way to Washington DC? Ok, technically it’s two trails (GAP and C&O) that meet up in Cumberland, MD. 350 miles of trail just waiting to be ridden. Just the fact that it exists made me wanna ride it. So I tried to. And like so many other things in my life, I failed. But this time it wasn’t entirely my fault.

I packed up my gear:

— Professional biking shorts? Check! (Actually, I brought those awesome camping pants that turn into shorts by zipping the legs off)

— Professional trail bike? Check! (I’m not too bad in this category. My late 90’s Trek 730 is a pretty great bike for a trip such as this)

— Professional saddle bags or cart to carry all my gear? Check! (Not really. I just bungee chorded my tent, sleeping bag and sleeping pad to the back of my bike. Didn’t see anyone else out there with quite that setup. The rest of my stuff I carried in my backpack)

— Food? Check! (I brought a bag of almonds with me)

— Nice biking rain gear? Check! (I have a rain coat. And I dug out some camping rain pants that I’ve had since I walked the AT 10 years ago. I think they still work..)

As you can see, I wasn’t super prepared for a bike trip. But I did this on purpose. I just wanted to go out and do it and try to not get lost.  (I only got lost once)

I got to Pittsburgh at midnight and had to wait around for the sun to come up to start biking east. I wasn’t gonna get a hotel room for that short amount of time. My choices were: A) Sleep just outside the train station with the rest of the homeless people.  B) Go to a bar for as long as possible and then figure it out after that. And C) Just strap my headlamp on and start riding!  I chose B. Duh. Had a couple of beers and then it was 230am. Still 4 or 5 hours ’til daylight. So after a short ride around downtown Pittsburgh I headed to the south side, bought some gas station coffee and sat in a well lit parking lot and read my book. At 530 a bagel joint finally opened so I stayed in there until the black sky finally started brightening. 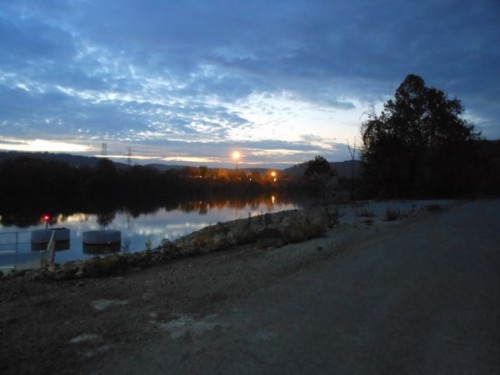 And then I rode. Not too fast. Not too slow. Just cruised along. The trail here is called the Great Allegheny Passage, or GAP for short.  It runs 150 miles from Pittsburgh to Cumberland, MD. I was thinking about taking 4 days to do this first 150 miles. Sounded like a cakewalk to me. It wasn’t. That’s because the first 126 of those 150 miles is uphill. And that shit made me TIRED! It wasn’t steep uphill, but it was pretty much 126 miles of very low grade upness. By the middle of day two it became pretty apparent that I had made a decision to do something that I wasn’t in shape enough to do. I hadn’t really ridden my bike at all since I left Brooklyn in August, and now I was feeling it. But by day three I was feeling great again.

I rode through small Pennsylvania towns, following the Youghiogheny River the whole way. It was pretty great. Met a few people. Most just out for the day. Some out for a few. Ate some decent food. Drank some decent beer. Saw about 200 trains pass by. But in the middle of that 3rd day I started to hear rumblings from some folks about a storm that was supposedly heading that way. And then I heard that it was supposed to rain 6-10 inches in a day. And then I heard that there was supposed to be 60-80 mile an hour winds. All of that worried me, but the real kicker was when they started mentioning the possibility of flash floods. Anyone out there that knows me knows that flash floods are pretty much the only thing I am afraid of. Well, that and heights and bears and mayonnaise and commitment… So I’m afraid of a lot of things.  But mainly, flash floods. 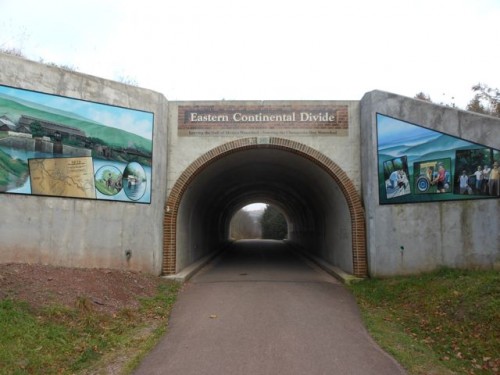 Since such inclement weather was on the way I decided to ride the rest of the way to Cumberland that day and call for an emergency extraction from the trip. The problem was that Cumberland was still 40 miles away. Did I really think I could ride a total of 75 miles in one day? I wasn’t sure. But I was gonna try. I reached the Eastern Continental Divide with pretty much nothing left in the tank. But that was ok because I had 24 miles on steep downhill to go. They told me a wouldn’t even have to peddle. And for the first 10 of those miles they were right. But then I broke a spoke and slightly bent my wheel. With the sun going down and 14 miles to go to the bottom of the hill I had to try and keep going. What this meant was that I rode down the rest of the hill with my brakes on. That sucked. By the time I reached Cumberland it had been dark for an hour and I was completely wiped out.

The next morning I got off the trail as Hurricane Sandy prepared to nail the east coast from North Carolina to Maine. They even closed the C&O Canal Trail for a few days. Hopefully no one got swept away by flash floods. I look forward to riding the C&O someday soon.

Here are a few more pics from the journey.  Enjoy!

This one is of acid mine drainage. The region is famous for its coal mines and industrial history. Here is some of the proof: 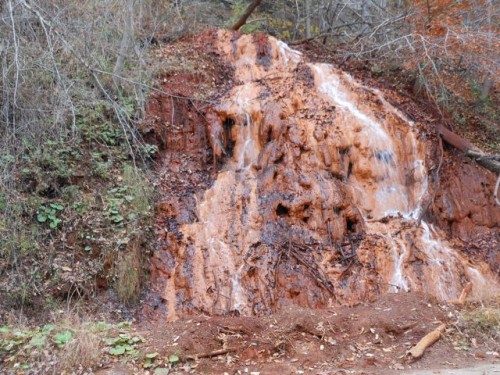 Here is some colorful rust from a bridge I crossed: 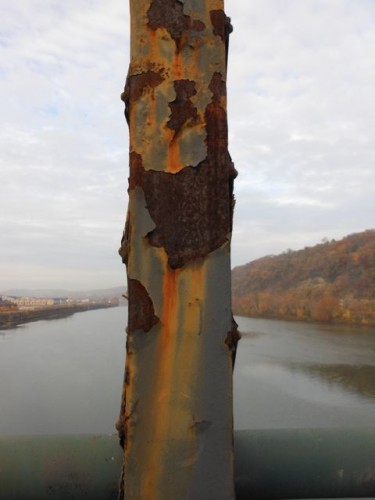 Here is one of my campsites. Please notice that the train tracks are about 20 feet away from my tent. Trains scared the crap out of me about 15 times that night: 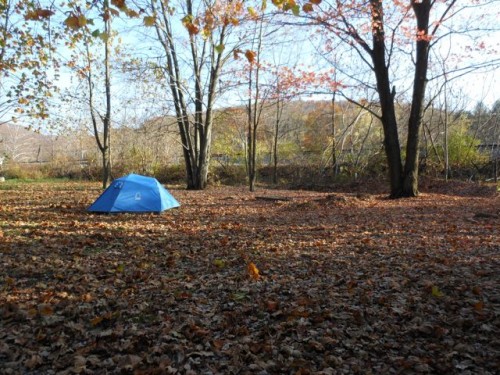 Here is a bench dedicated to a man that I am not sure really existed: 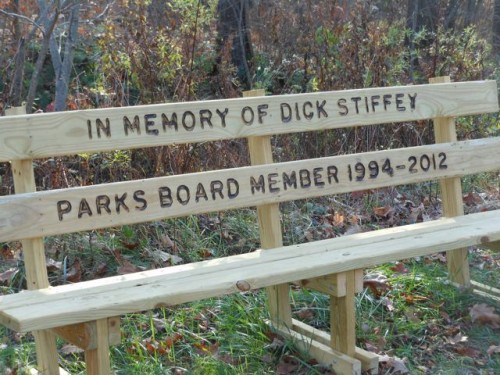 And here is my bike at the end of the GAP trail. Good times. 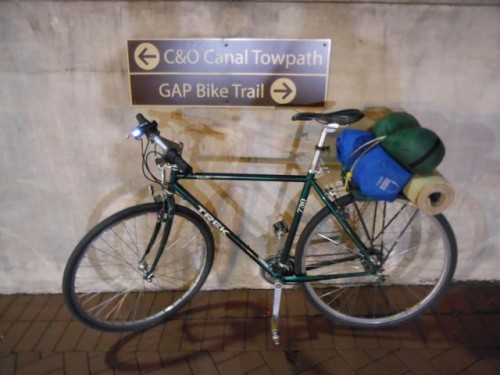