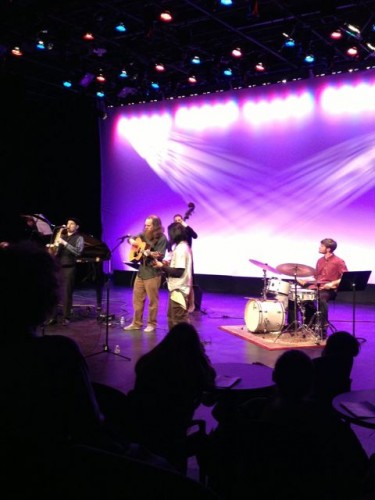 First off, Jazz met Bluegrass the other night at Atlas in the DC and it turns out they really got along.  They had a few drinks together and things got a little fun.  They even exchanged numbers in hopes of getting together again sometime.  Some pretty darn good music was made that night.  Thanks to everyone who came out to the show we played with The John Kocur Quartet.  We had a blast for sure.  Hopefully we can do it again.

This week we will be playing our final three shows before we take about 6 months off from performing.  SIX MONTHS!?!?!?  Yup.  Six months.  Sorry about that.  THREE MORE SHOWS?!?!!  That’s all we have time for.  Sucks.  I’ll be posing a blog later this week explaining the break and begging  for you all to not forget us while we are temporarily gone.

But back to the upcoming shows…

On Thursday night we’ll be teaming up with The Woodshedders to play a full night of great Americana Roots Music at Club Heaven in the DC.  We haven’t played with these guys for a while.  it should be fun.  Pretty funny that the show is at Club Heaven.  At least I think it’s funny.  It’s all part of the Indie Adams Morgan series.  We’re so indie.  Show starts at 8pm.

Friday night finds us squeezing one more Over Under Down Yonder show into the schedule before the break.  Rollin’ Ralph and T-Peg will be joining us on stage on banjo and upright bass respectively.  OUDY loves getting’ rowdy at Tiffany Tavern in Alexandria.  Please come and join us.  Show starts at 830pm.

And finally, on Saturday night we’ll be heading out to Strasburg, VA to play a couple sets at Cristina’s Cafe.  Cristina’s has quickly become one of our most favorite places to play.  Come out and say goodbye to us because we’re gonna miss you.  I hope you miss us.  That show gets rolling at 730pm.

Photographic reward for reading this update:  Herb attempting to get his whole body in a dryer when we were playing out in New Mexico a while back.  He thought he could do it.  I didn’t think he could.  I lost 20 bucks. 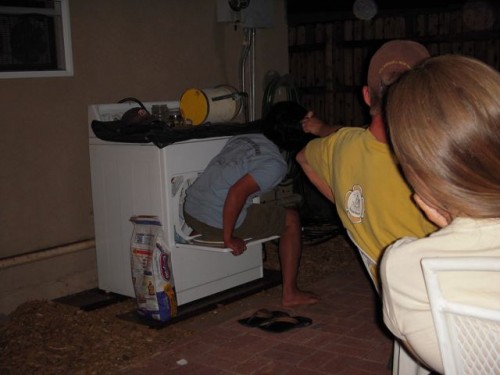