By hansonMarch 4, 2013hanson says this 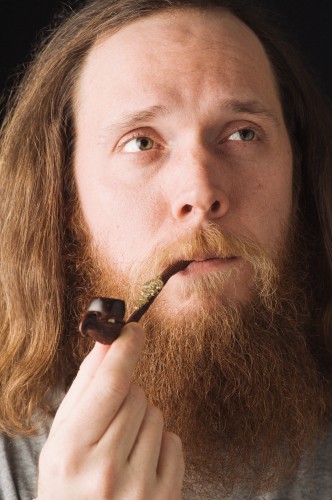 As I informed you all last week, we’re taking a six month break from performing while Herb attempts to walk from Georgia to Maine while carrying everything he needs on his back.  I’m sure lots of you are wondering (especially my parents) what the heck ol’ Hanson is gonna do during this time.  Well, although I’ve known about the upcoming break for some time, I’ve been a little slow to solidify my plans.  I am going to list some of my ideas here and maybe you all can give me some guidance on what to do with myself.

– Be homeless.  Not my most popular idea so far.  But, I studied anthropology in college.  I often joke that I have been an out-of-work anthropologist ever since I graduate college.  So I was kind of thinking it would be interesting to wholly immerse myself in a sub-culture for six months to better understand how it operates.  Since I lived in New York City for so long, I was thinking that the homeless sector of that city would be an interesting one to observe.  Maybe Chicago.  Maybe San Fran.  And I’m not talking about doing anything too scientific.  Just walk in those shoes for six months.  Play my guitar on the streets for spare change so I can buy food.  Sleep where ever I can find a safe spot for the night.  Meet a bunch of people.  Hear a bunch of stories.  Maybe that’s too insensitive of an idea.  But in reality, I have been homeless since September.  I’ve just been fortunate to have an incredible caring network of friends and family to help me through an uncertain period of life.  But you can only rely on the kindness of others for so long.  Maybe I should live on the streets for half a year.  It really doesn’t sound like a bad idea to me.

– Work for a baseball team.  Since our hiatus matches up really well with the major league baseball season, I thought it would be awesome to secure a job at a ballpark.  I already began the search.  My first choice was, of course, the Chicago Cubs, but they didn’t really have any openings that I was qualified for.  I did find an opening for a member of the grounds crew for the Washington Nationals.  You know, one of the people who rakes the grass before the game, lays down the foul lines, rolls out the tarp when it rains…  How awesome would that be?

– Food service.  For years I have had a desire to be the proprietor of an establishment that provided incredible coffee, food and beer, while also being a premiere stop on the road for touring bands and musicians.  I was thinking it could be beneficial to find a straight job at a similar establishment so I could learn more about the ins and outs of how to run such a place.  I have a very short list of places that accomplish this that I think would be willing to take me on.  I may have to cut the beard off for that one though.  Hmm…

– Seasonal worker in a place I’ve never been before.  I was doing some research on this one the other day.  Not to boast, but my problem is that I’ve been a lot of places.  And the places I haven’t been to, and have a desire to live, are all overseas and very expensive to get to, with little reward once there.  Not sure I can afford to make this one happen.  But I can daydream about being in South America or Africa for 6 months.  Ahhhh….

– Seasonal worker in a place I love.  I’ve been checking out jobs in Vermont, New Mexico, Utah, Montana, Alaska…. Most of them are pretty shitty jobs.  But I can make a mean bed if it means I get to hike in and around Zion Canyon for six months.

– Organic farmer.  This is kind of a new interest for me.  The more I read about the food industry here in the ol’ USofA, the stronger my desire to abandon the methods and habits of my parents generation for food acquisition and consumption.  There is some scary stuff going on out there.  So how cool would it be to learn the truth about what our food is and where it comes from in its truest form?  I think it would be pretty darn cool.  The problem here is that I have absolutely no experience with food apart from eating it.  Maybe some kind soul would be willing to teach me.  Cause I really want to learn.

So there are some choices.  What do you all think?  What should I do?