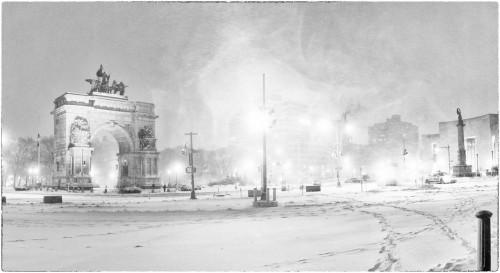 (I found this in the drafts folder. I guess I didn’t like it enough to post it when I wrote it. I just re-read it. It is kinda long and boring. More of a straight up recap of events instead of an entertaining piece to read. Up to you.)

Howdy folks. Recently a friend of ours approached Herb and myself about joining him on a little road trip that he was embarking upon. Our buddy Mike planned on driving up to the midwest for 6 days to visit a number of craft breweries. This sounded like quite a pleasant way to spend a week, so I accepted the invitation.

Sunday: I was awakened at 5:35 in the god damned morning after getting about three and a half hours of sleep. Not off to a pleasant start at all. But it was necessary. We wanted to be just outside of Chicago at a reasonable hour. So we could drink. Makes sense. So the three of us piled in Mike’s car and headed west. Flash Forward—- (mostly because nothing all too awesome happened on this driving leg of the trip. Oh, and I slept for most of it too, so I’m really not sure what happened anyway.) The first brewery visited was Three Floyd’s in northwest Indiana. We met up with a bunch of folks that Mike new, family and friends, and got to drinking. After the brew pub we were all invited to one of those friends’ beer cellar to try some things he’d been holding onto for a while. This is not something that I am familiar with, as I usually follow the pattern of: buy beer, drink said beer. But this guy had beer that was 8 or 9 years old. That’s right. I said years people. And it was delicious. After thank yous and goodbyes we headed north to the wonderful city of Chicago and checked into our hotel. But we quickly headed to the local dive bar and shut it down.
Total Miles Traveled- I don’t know.
Total Beers Consumed- 8

Monday: Woke up and headed down to the sweet breakfast provided by our hotel hosts. Banana and bagel. Thanks! I guess. We walked north to Wrigley Field just to soak it all in and get ready for the baseball season that was approaching. On this particular day, they were trucking out piles of snow from the field. I tried real hard to walk in and step foot on the outfield where the trucks were coming in and out, but I was quickly chastised and given a very evil eye from the guy whose job it was to stand there all day and make sure ass holes like me don’t walk through the doorway. He’s good at his job. I’ll give him that. Next we went to Goose Island BrewPub in Wrigleyville. I was against this because they are owned by Budweiser, and screw them, but the rest of my company was into it, so in we went at noon on the dot to start the drinking. A good friend came down from Milwaukee to meet up with us. His name is Pleva Plev (long e sound in there folks. Not like Flava Flav) and we all caught up and drank. After a few beers we headed down to Pequod’s for some of that famous Chicago deep dish pizza. Then back to the hotel to cleanse our palettes with a quick PBR before heading to some fancy smancy downtown bar for some more beers. Then to the nowhere close to fancy bar for some more beers. After this, we had to guide Herb back to the hotel because, uuuh…. he wasn’t feeling very well.

Tuesday: After taking everything Chicago could offer us for our short stay, we piled back into the car and headed towards Michigan. Earlier in our musical career, we became friends with some Michigan musicians. That has led to a handful of performances up there and a soft spot in our hearts for the mitten. And we were introduced to some of its great beers before they were available down in the midwest. Beers like Founders and Bells in particular. The first stop though, was a brewery recommended to us that was on the way called Greenbush Brewery in Sawyer, MI. They had a great brew pub and poured some great beers. We ate lunch there and put down a couple each. As we headed north we saw a sign for a distillery. Although this was a brewery tourery, all involved parties thought that the creation of alcohol was the important part and we stopped in to see what they had cooking. Whiskey was what they had cooking. Good whiskey. Then we went frisbee golfing in a good foot or so of snow. Then we went to Founders Brewery in Grand Rapids and met up with some friends from northern Michigan, Mo and Bruce. There was a lot of laughing that night, I tell you.

Wednesday: We met up with Mo and Bruce for breakfast. Some people were feeling good. Others were not. After breakfast we headed south towards Kalamazoo to hit up Bells. We arrived at the brewery for a tour, but were early. Fortunately, since we arrived during a time they were not open to the public, they assumed we were some sort of brewery executives that were there for a personal tour of the operation to invest or something… I forget the details of the situation. Either way, we had a private tour(we disclosed our non-importance up front, but they were super cool and toured us around anyway) and it was enlightening and informative and quite fun. They gave us some stickers like we were at the dentist office and we headed to the brew pub about a half hour away. There was quite a nice surprise at the pub when we got there. They had Hopslam on cask. For those don’t know why that’s cool I’ll explain. Hopslam is a seasonal beer made by Bells that is very limited and very expensive. At least it is in Virginia. Up at the source it flows like water and ain’t very expensive at all. We drank it. And others. It was freaking awesome.

Thursday: We were so pumped about finding Hopslam, we stopped by the brewpub before heading out of town and had one more each. Delicious. Then we drove. We didn’t make it too far before we got hungry and were close to Ann Arbor and used technology to find a local brewery to have lunch and beers. We found the Arbor Brewing Company. Food was ordered and friends were made. the head brewer happened to be there and over heard about our little beer finding trip and gave us a private tour and history lesson on the brewery and their beers. It was a great surprise treat. Those guys were too kind. They also gave us some preview tastes of their latest batches. We would’ve stayed longer, but the road called and we got close to Cleveland before stopping for more beers. The first stop was Fat Heads Brewery. Their beer was great, but we couldn’t stay for longer than a couple each because it was so gad damned crowded. Good for them. Bad for us. We left and headed into Cleveland proper so we could go to Great Lakes Brewery. And we drank some beers there. And then we hit up another close by brewery that I forget what it’s called because at this point I couldn’t even taste the difference between an IPA and a stout due to tongue fatigue. Too many beers in one day I think.

Friday: We came home. I did not drink any beers for a few days after that trip.