The Poor Boy’s On the Line

Happy Friday the 13th everybody!

For those concerned, you’ll be relieved to know that Ol’ Hanson and I crossed into the great state of California – the undisputed Queen of Cheese (the King being Wisconsin the Conqueror, of course). It was a long road scaling mountains, delving into canyons, and piercing through arches, but we made it veritably unscathed. We may have left a coupla alpine forests behind us in ash. A few hoodoos are now laying horizontal. And Arches National Park? Well, let’s just say that they may want to consider changing the name to something else. Not a scratch on us though, and we’re in very, very good spirits.

We spent last night camped out at the Boca Resevoir Recreation area with tents sprawled on a peninsula falling asleep to the chilly, clear, and star-filled sky – a perfect way to spend our first of many nights here in Cali. Upon waking and leaving the Resevoir in a state of emergency, we stole showers at a Rec Center in Truckee before heading out towards Sacramento where we will be rocking out at Shine with two other bands. This is our first show ever in this state and we’re excited to make friends, melt faces, and swoon ladies all the way down the coast.

You may hear news of earthquakes, political unrest, and failed marriages from over here on the Left Coast. Do not be alarmed. It is just Ol’ Hanson and me. It is just Acoustic Destruction.

Did you hear about that crazy storm that caused flooding in Kansas City last week? It wasn’t intentional, I assure you. I was just built to destroy. 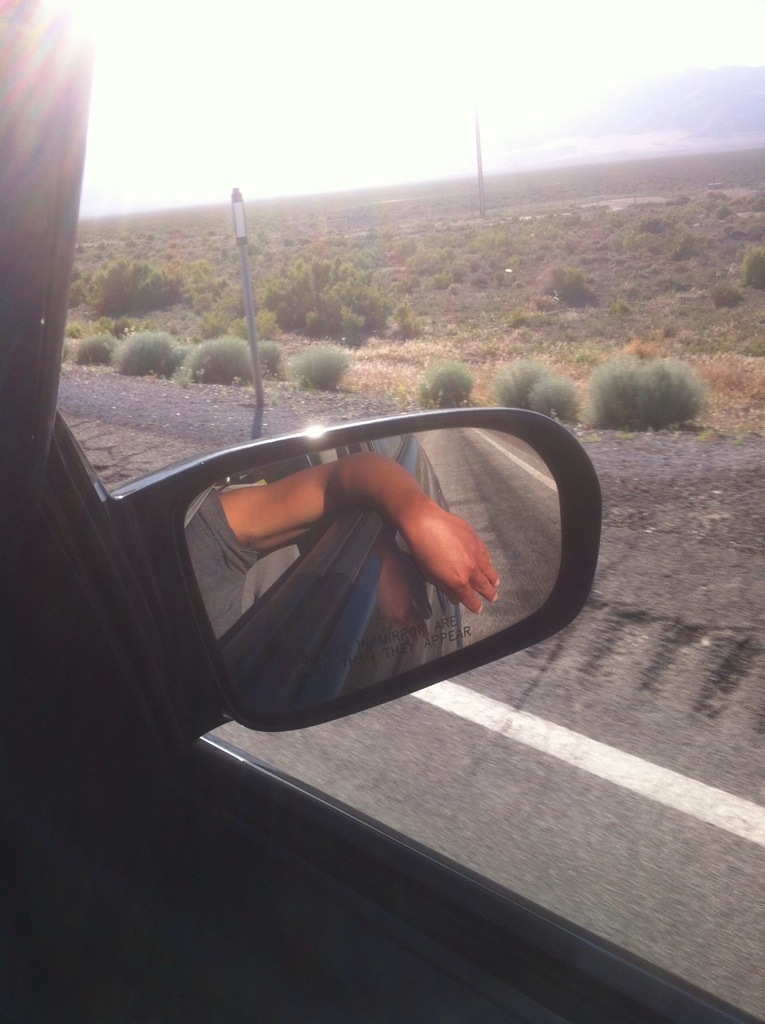