By hansonJanuary 29, 2013blogs, hanson says this 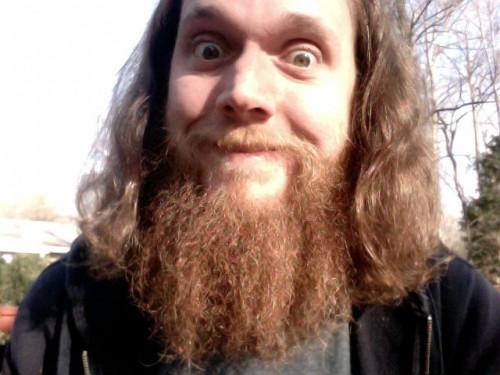 Ahhh, the beard.  The old soup strainer.  The face fungus.  The crumb catcher.  We’ve all seen ’em and we all have our opinions.  I’ve had a beard off and on for quite some time now.  I first started growing one out in college and it came and went randomly as time flew by.  My chin moss became a regular thing because shaving is one of three things I hate doing in life.  I CAN NOT STAND shaving.  The boring, time consuming ritual of it all.  The way it scrapes my face and bleeds and burns.  It is the worst.  Nowadays, I am on a pretty regimented shaving schedule where I cut the whole thing off with hair clippers every six months and start anew.  I joke that I have to have at least SOME sort of structure in my life.  But this last growing cycle has been extended.  I was supposed to shave last September, but due to my life getting flipped turned upside down, I think I needed a bit of consistency, no matter how trivial.  So I didn’t shave and you can see above what has come of it:  Awesomeness.

Most people have some sort of opinion of facial hair.  They like it.  They hate it.  They are threatened by it.  They think it’s dirty.  Etc.  There aren’t a whole lot of actual studies on beards.  One that I read said that people trust guys with beards more.  Another study I read say they trust them less.  In more liberal, high population areas beards are approved of and loved.  In more conservative, less populated areas they aren’t.  A lot of women seemingly disapprove of them.  My ex-girlfriends seem to like ’em just fine.

So what are we supposed to think about beards and beard culture then?  I feel like over the last 5 years or so beards have gotten a little more mainstream.  This seems to make sense with more folks working from home and more relaxed ideas of acceptable office appearance and such.  Not to mention a lot more unemployment.  And apparently there are tv shows that celebrate the beard.  One guy told me about a show where there are actually beard competitions.  i’m not sure how that works, but ok.

Since I have a very on again/off again relationship with my facial hair, I have come to realize a few truths about beards.  First off, beards equal a certain amount of respect.  From both mean and women.  People seem to take you a bit more seriously.  Conversations tilt towards the less trivial topics.  My opinions seem a little more valued.  Not to mention that I never get carded with the beard.  Always nice.  But why does this happen?  What makes people act differently around a bearded face than one with its cheeks showing?  Are they somehow hard wired internally to take bearded folks more seriously?  Are they more manly?  More fertile?  More aggressive?  More attractive?  In my case, I am all those things, obviously.  But mostly I am just lazy and hate shaving.

In closing, here is a before and after shot from the last time I shaved in March.  Maybe I’ll do it again this March.  But maybe not… 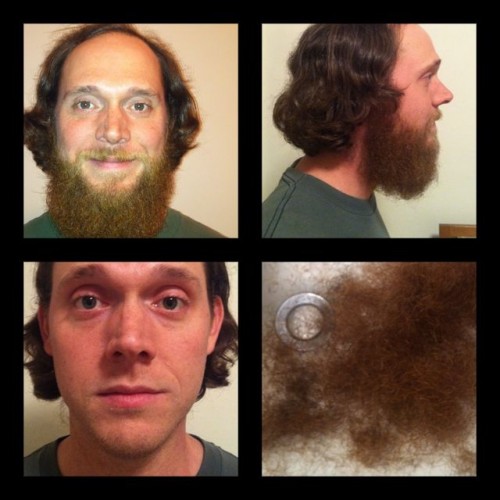