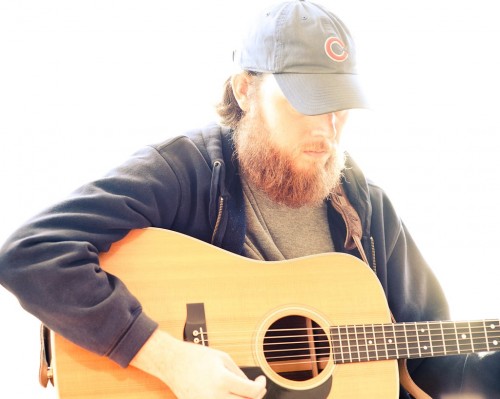 You may remember this post from a little while ago, about how I was a moron and dropped my guitar and broke it real good.  Well, I took it to the repairman and got it back just the other day.  It was like my birthday and christmas and new years eve and Halloween (the only holiday worth mentioning…. even though I realize I just mentioned two other ones…Cut me some slack.. I’m excited) all rolled into one.  And by that I mean it was pretty much the best day ever.  To a few folks that I spoke to about my guitar breaking, I compared it to having a child die.  Not many of those people thought that was a fair/sane comparison.  I’m sticking to it though.  It made me more sad than I’ve ever been in my life.  More sad than when girls I loved parted ways.  More sad than when I worked my butt off to achieve a goal, only to fail.  More sad than when I went to Wrigley Field with my brother when the Cubs were on the cusp of going to the World Series in 2003, only to watch them implode in game six of the NLCS.  I mean, c’mon.  That is some sad shit.  But this was sadderer.  That’s double past.  Because me breaking the guitar is now officially in the past and done with.  It’s fixed!  And it’s better than ever.  I missed it so much that I was forced to cancel my fourth of July plans because I was having too much fun playing it.  I may have to call in sick to work just to play it some more (sorry Crissy).

For all those of you that sent me personal messages expressing your condolences and good vibes after the incident, I thank you.  I am so happy that it is back in action!!!!!